Best time to visit and do things in Tadoba National Park

Tadoba National Park Andhari Tiger Conservation Center is located in the Chandrapur district of Maharashtra. Covering an area of about 1727 sq km, it is the largest and oldest national park in Maharashtra, also known by many as the jewel of Vidarbha.

Naming: Tarun was a chief of this tribal village who was killed by a tiger and he represented the region as a god, and a shrine on the river bank was dedicated to him after his death. The area is named after the tribal deity Taru or Tadoba. The park is named Tadoba National Park. Andhari river is also flowing through this region.

What animals and birds can be found?
The park is a sanctuary for various wildlife and especially for those who want to see the Bengal Tiger National Park is a very interesting and famous place to visit. This diverse and thrilling park is one of the fifty tiger reserves in India and many call it the Tiger Safari. Not only is the park famous for tiger watching, but it is also famous for bird watching.

As of 2016, there are 44 tigers in the park. The park is also home to common mammals such as wild cats, sloth bears, nilgai, sambars, barking deer, Indian leopards and small Indian civets, gaur, chitals, striped hyenas, Indian bison, wild dogs, wild bears, and many more…

The park has three water sources, namely Tadoba River, Tadobalake, and Kalsa Lake. Due to the proximity of these lakes, numerous reptiles are found, the main ones being crocodiles, the other reptiles being Indian star tortoise, Russell Viper, Indian monitor, terrapin, and others.

More than 195 species of water and land birds are found here, including several endangered species. The top raptors found in the park are the Crested Serpent Eagle, Gray-headed Fish Eagle, Mutable Falcon, and others. Also, the best bird species to spot are Paradise Flycatcher, Black Naped Blue Flycatcher, Stone Carl, Indian Pitta, Warbler, Peacock, and others. The garden also has more than 64 species of butter, including Mormon, Pansy, Swordtail, and Raja. Many endangered insect species such as Great Eggfly, Danaid Egg Fly, and others are found here. Some other popular insects found here are stick insects, dragonflies, praying mantis, and others. Hunting spiders such as Lynx spiders, wolf spiders, and crab spiders are common here.

The park is filled with arid deciduous forests and dense forest cover in the main area. Teak is commonly found in this park. Besides, a variety of wild plants are also grown here such as crepe myrtle, semal, hirda, crocodile bark, odyssey, etc. Its deep forest area is famous for its excellent wood and near other lakes, black plum trees and arjuna trees are commonly found. Bamboo is common in grasslands. Velvet bin creepers are found in abundance here. There is a type of velvet bean which is a medicinal plant that helps in the treatment of Parkinson’s disease. Also grown here are some medicinal plants called verria, deciduous, and bija.

Covering an area of 1727 sq km, the park is divided into three regions, one, the northern region of Tadoba, two; Morhuli region, three; Coal South Range. Safari is available in all three regions.

Tadoba North: This part of the park is famous for animal watching. There are four entrances here. In the northern part of the park, there are dense jungles and dense forest-covered hills.
Mahrali or Mahurli Zone: This is the best place in the park to see the animals. The gate of this zone is entered through two other zones and it is the primary portion of the park.

Coal Region: This region is full of forests. Although it is easier to see the wildlife here, the safari is the main attraction here mainly on the plants of the garden.
The western part of the park is bounded by a mountain range with a height of 200 m to 350 m.

Tadoba South: The southern part of the park surrounds Tadobala for 300 acres. This boundary separates the farmland from the garden. The area is famous for its crocodiles and many other animals that come to quench their thirst.
Best time to visit the park: March to May is the warmest month in the park, during which time the sky is clear which makes it the best time to visit the animals including cubs near the lake. It is very common to see tigers with cubs especially in this season. This is the period of the mating of birds and you can see many rare birds in this season. In addition to the beginning of October and the end of February, the park enjoys a pleasant winter climate, with many winter plants to visit. This is the ideal time to see seasonal migratory birds in this climate.

The park is closed during the rainy season, usually from July to September.
One of the attractions of the park is that the park offers open gypsy safaris and bus safaris with guides. Jeep or gypsy safaris have to be booked in advance at the DFO office near the park. Spot booking is available at the Navegaon Gate of the park. Online facilities are not available. Private jeeps can be rented at the nearest taxi stand. The park has six gates through which safari vehicles pass. 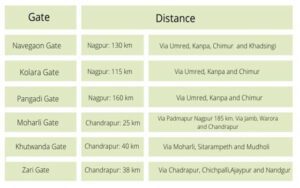 Moharli Gate: This is the oldest entrance. This allows nine vehicles to pass in a safari round. Two safari rounds per day are allowed.

Kuswanda Gate: Four vehicles are allowed to pass through this gate. So, in total only eight vehicles enter every day.

Kalara Gate: 18 vehicles are allowed to pass through this gate every day.

Navegaon Gate: This is the main entrance and there is a DFO office near it. Six vehicles can pass through this gate in the morning and evening.

Pandi Gate: This is the farthest gate of the park. Only four vehicles are allowed to pass through this gate every day.

Zari Gate: 12 cars can pass through this gate in a day.

Why Book With Us?

How to reach: Its international airport is located in Nagpur. If you want to fly, many flights connect Delhi, Mumbai, Chennai, and other important states with Nagpur. From Nagpur Airport, there is a lot of road transport available to reach Tadoba.

If you want to go by railway, the nearest railway station to the park is Chandrapur railway station. It is located 45 km from the park. The station receives trains from other important cities of the country such as Delhi, Mumbai, Jhansi, Hyderabad, and Chennai.

Also Connects to bus and car parks from all nearby towns. Lots of buses and cars can be hired from Chandrapur to reach the park. Chandrapur is connected to all important cities by national highways. 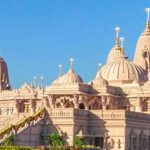 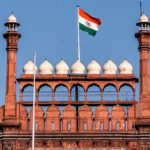 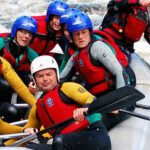